Welcome back to the 3rd Colwall Ale House Festival

A GREAT DAY OUT 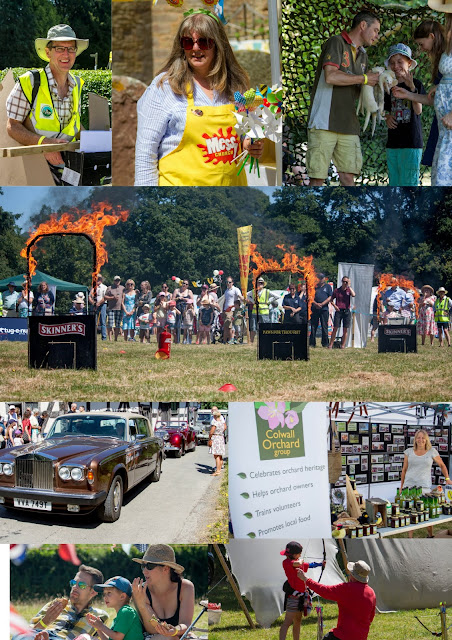 On Saturday 30th June the sun shone and folk flocked to the Colwall Ale House Festival to join in a day of fun and festivities.  As the church bells pealed at 11am, the classic car cavalcade arrived … and the party started.

With food and drink, charity stalls, games and music there was something for everyone.  A highlight was the wonderful Paws for Thought Dog Display Team – made up mainly of rescue dogs that had experienced such a sad start to their lives, but are now confident and clever companion dogs who enjoyed their show as much as we did – even the breathtaking jumping through hoops of fire!

The Festival continued throughout the week; the Colwall Players put on a very funny murder mystery play, WINGS WI held a special celebratory party, Colwall Community Choir held a Summer Serenade concert, Flicks in the Sticks put on a special performance and cyclists gathered for a Beer, Cycle, Curry Evening.

Events are on-going throughout this weekend with Colwall Orchard Group hosting a wonderful day ‘All About Orchards’ this Saturday and Ben Cooper of BBC’s Bargain Hunt giving a talk in the Ale House on Saturday evening.  Tickets are selling fast for the Festival Finale Concert at 5pm this Sunday evening at St James Church.

Click the images on the right of each page for extra information.

With over a week of events lined up, the Colwall Ale House Festival programme provides fun, interest and activity.  Film, music, talks and walks, sport and leisure, local groups, societies and celebrities get together to celebrate the wonders of our cultural heritage.
Find out more here.